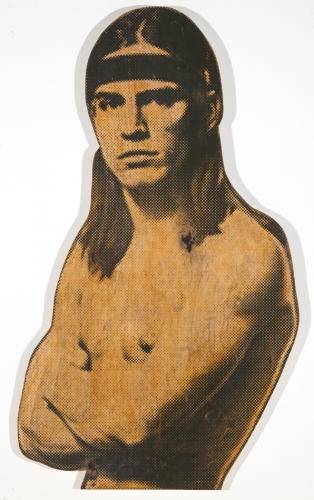 NEW ORLEANS — In 1973, the UpStairs Lounge, a bar in the French Quarter here, went up in flames one hot summer night. Thirty-one men and one woman died in what was then the largest mass killing of gay people in American history. (The Pulse nightclub shooting in Orlando, Fla., which killed 49 people, took that grim title in 2016.) Long considered arson, the case remains unsolved; the prime suspect, who was never charged, committed suicide a year after the fire. As time passed, little attention was paid to the victims.

Now an exhibition by the artist Skylar Fein is shedding light on this macabre and overlooked episode. It is part of a new show at the New Orleans Museum of Art, “Changing Course: Reflections on New Orleans Histories,” a collection of seven projects that, through September, puts the city’s marginalized communities at the forefront of this institution. In its two-story atrium, below the permanent collection’s European classical paintings, are L. Kasimu Harris’s photographs of young black students. And in connecting rooms there is a video footage of funeral processions, which references the Vietnamese diaspora in southern Louisiana, and Mr. Fein’s carnage-filled images and ribald tributes to gay life in the early 1970s.